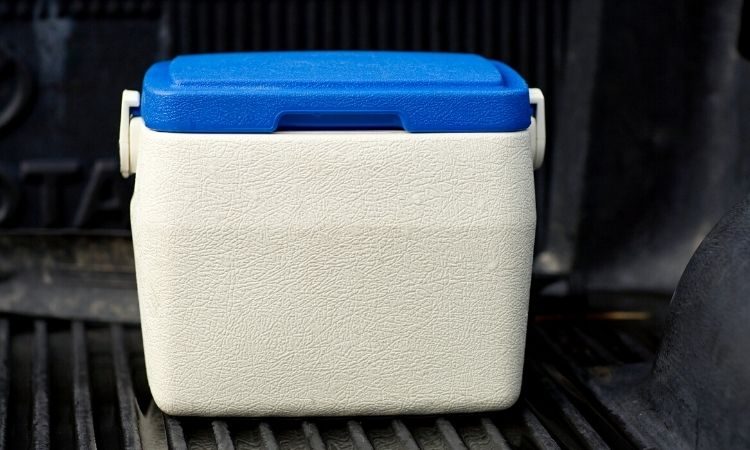 Resting Brisket in a Cooler – Why and How?

Letting meat rest is one of those inside secrets of professional chefs that seems simple yet makes a huge difference.

At first, it might seem counter-intuitive to stop cooking your meat so soon. But once you taste the difference that resting can make, you’ll never look back.

When it comes to bigger pieces of meat, properly resting can make an even greater difference in the final product. Smoked brisket is a perfect example — there’s no quicker way to ruin a good brisket than taking it out of the smoker and slicing it up right away.

TIP: Use one of our recommended offset smokers to smoke a perfect brisket. Or if you want to make things even more straightforward, get a pellet grill that will keep the temperature steady for the whole smoking time.

Why Let a Brisket Rest in a Cooler?

So, the pros do it, and everyone says you should do it — but why? If your friends say jump off a bridge, do you jump?

The reason resting is so important is because of moisture retention. As you heat the meat, its proteins contract. Up to 120 degrees Fahrenheit, the proteins contract in diameter, and above 120, they also contract in length. Since the mass of meat is about 75 percent water, the effect is like squeezing a sponge. All that moisture is squeezed out of the meat.

If you take the meat straight to the cutting board, all this moisture will pour out. But if you let the meat slowly come back down in temperatures, the proteins will expand again and reabsorb much of that moisture. If you allow the meat to rest even a few minutes, it will be much juicier and moister than if you had not.

Carry-over cooking is another big advantage of the rest period. Once out of the grill or smoker, the meat’s mass and heat will continue cooking it. Therefore, by including some rest time, you allow the carry-over to get the meat to the ideal finished temperature. If you leave it in the smoker until that temperature, it will keep cooking until overdone.

So, I think we can all agree that resting brisket and other meats is an excellent idea. Jumping off a bridge — not so much.

Why Use a Cooler?

The problem with resting heavier items like brisket is that the outer surfaces are likely to cool down below the danger zone (less than 140 degrees Fahrenheit) before the center has rested. This allows bacteria to start thriving.

Don’t let the brisket cool too quickly. Instead, find a way to keep the entire brisket warm but not so hot that it’s still cooking.

For these reasons, most chefs turn to a cooler. The magic of the cooler is that it insulates.

Are There Any Disadvantages for Resting Brisket in a Cooler?

The biggest disadvantage of resting your meat after cooking is the time involved. To do it right, you’ve got to plan. You can’t have your family sitting at the table, hungry and staring, as you pull the brisket out of the smoker. There will be a mutiny when you tell them you’ve got another two hours to go.

Even with planning, there can still be hick-ups. As mentioned above, temperatures are critical. You do not want the meat to get cold before serving — otherwise, your beautifully smoked brisket will turn into instant leftovers.

As mentioned earlier, the cooler is key to keeping it warm, savory, and free of harmful bacteria.

Finally, if you’re all about the bark on your smoked brisket, you’ll need to take extra precautions. That lovely smoker skin will fade with time, and as the meat reabsorbs its moisture, it will soften and lose its crisp. While most people wrap their brisket tightly in foil before putting it in the cooler, this will make the exterior softer.

What Temperature to Pull Brisket and Put in a Cooler

With resting and carry-over cooking in mind, pulling your brisket at just the right moment depends on several factors. How big is the cut, and what temperatures are you using for the cooking?

First, the amount of carry-over is proportional to the cooking temperature used. So, for example, if you smoked your brisket at low-and-slow temperatures of 200 to 250 degrees, you shouldn’t expect more than five degrees of an increase due to carry-over.

On the flip side, if you finished your brisket in an oven at 300 degrees, you’ll get substantially more — in the neighborhood of 10 degrees extra.

The moral of the story is this — have an instant-read thermometer and know what your “done” temperature is.

Most people like their brisket between 200 and 205 degrees. It needs to get this hot to break down the tough collagen in the cut. If you’re smoking it and resting it in a cooler, this probably means removing the meat when it hits an internal temperature of around 190 to 195 degrees Fahrenheit.

How Long to Let a Brisket Rest in the Cooler

The length of time you rest your brisket depends on how much time you have to spare. The beautiful thing about resting the meat in a cooler is that as long as you give it the minimum amount, a little more isn’t going to hurt it.

As a general rule of thumb, two to four hours is the appropriate time to rest brisket. The key is to keep it warm enough during that period — always above 140 degrees.

There’s no maximum time, but if you’re going to go longer than four hours, you will need to have a meat thermometer carefully monitoring temperatures. How quickly your brisket cools during the rest will depend on the quality of your cooler and the surrounding temperatures.

What Kind of Cooler to Use?

A normal high-quality cooler like the EchoSmile is a great and durable option. What I like about this product is that it’s available in five different sizes. You don’t want a cooler that is too large because the brisket might not stay hot in it — unless you preheat the cooler first.

But if you just want a basic cooler that is affordable, even a simple Coleman will do just fine.

When you want to get into longer rests, consider investing in an insulated Cambro box. These are beefy and ultra insulated food carriers used by pros for purposes such as this.

Step-by-Step Instructions for Resting Brisket in a Cooler

To rest your brisket after cooking, follow these steps:

If you plan on needing a longer rest period, you can beef up the heat retention qualities of your cooler. Before putting the brisket in the cooler, put hot water in to preheat it. Next, empty the cooler and then load it as described above. This will buy you a few extra hours.

You may also want to add extra insulation by placing more towels inside the cooler.

Finally, the choice to use foil is up to you. The foil will help the brisket retain its heat a little longer and keep the cooler clean, but you will be sacrificing some of the desirable qualities of the crusty bark. So don’t use the foil if you’re after the absolute best bark.

A perfectly cooked barbecue brisket is one of the tastiest foods I can imagine. The easiest way to get it right is to use a pellet grill. This guide with a comparison of Traeger vs Green Mountain grills will help you with choosing the model most suitable for your budget and needs.

Also, check out our guide with the best wood pellets and chips for smoking a brisket.

And after smoking, there is one more important thing. Resting brisket in a cooler might sound like extra work, but it is well worth the wait. Your patience will be rewarded with mouthwatering, tender, and juicy brisket.

And that will probably have your family saying how you really ought to open your own barbecue joint! 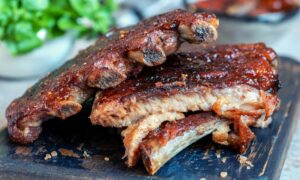 How Long to Smoke Ribs at 225 – Easy Method & Perfect Taste! 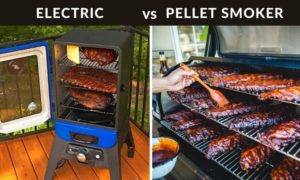 Electric Smokers vs Pellet Smokers – How Are They Different? 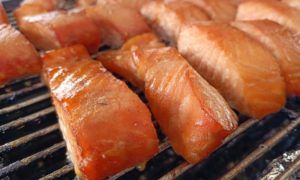 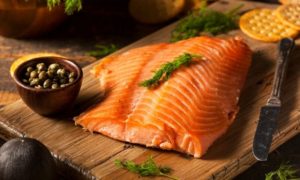 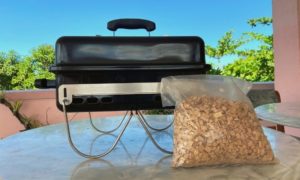 How to Use Wood Chips on a Charcoal Grill 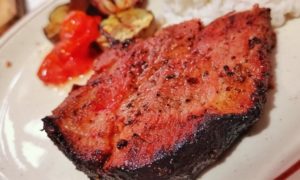