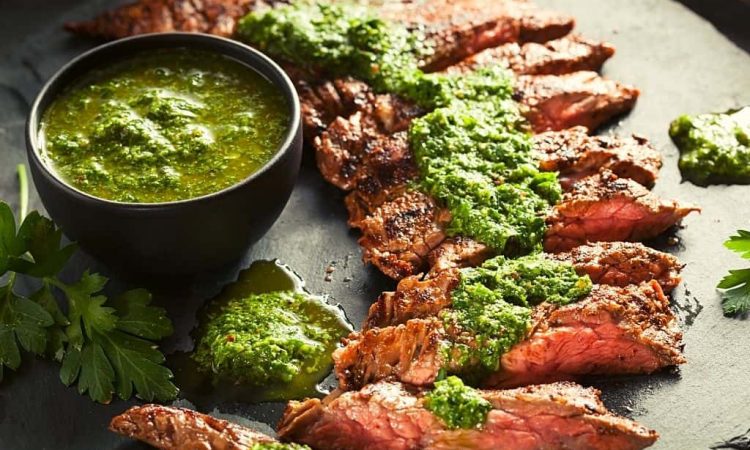 Bavette Steak: What Is It, How to Cook It + A Delicious Recipe

Who hasn’t thought that there’s nothing new and exciting about beef? When it comes to grilling, it’s the go-to protein of choice.

But just when you think you’d tried it all, along comes a new cut. Have you heard of bavette steak?

If you haven’t, you’re not alone. This delicious cut isn’t very common, giving it appeal as something “new.” Of course, it’s not new, exactly, but it is fun to experiment with different cuts and try new recipes to expand your repertoire.

What is Bavette Steak?

While the name might make you think this is a fancy French dish, bavette is actually a beef cut. It’s not very common, not because it isn’t good but because there isn’t much of it to go around.

Bavette comes of the sirloin primal. It is cut from the bottom sirloin, very near the flank.

For this reason, it is very similar and often confused with flank steaks or skirt steaks. It is sometimes called flap steak.

The confusion surrounding bavette is more profound than that, though. In France, “bavette” translates roughly to “bib.” As such, it’s used to refer to several different cuts of beef, all of which are long and flat.

Since the French cut steaks differently than US butchers, it isn’t easy to get a side by side comparison and a clear definition of precisely what bavette refers to there. It is generally closest to “bavette d’aloyau,” meaning that it comes from the animal’s sirloin. Bavette de flanchet is the French equivalent of flank steak.

Why get bogged down in linguistics? The term bavette is rare in the US, but it’s increasingly being used to give the cut a boutique feel. In other words, it has become fashionable. Here, it’s still more commonly called “flap meat” or sometimes “sirloin flap.”

The hardest part of buying a bavette is finding it. Be aware of different names butchers might be using for the same cut. Some people call it sirloin tips, which it isn’t. And it’s also been called hanger steak, which is an entirely different cut.

If you can’t find bavette, flank or skirt steak can easily be substituted without significant changes. These cuts may be slightly leaner than bavette, and bavette is often the more tender of these three cuts.

Bavette is usually a finely marbled cut of meat. Look for even marbling throughout, with long muscle fibers visible. A full bavette cut totals about three pounds, but butchers often halve them for packaging.

When you can’t find bavette at your local meat monger, try online. Many websites sell cuts direct from the farm to your table. For a special treat, check out farms that sell American Wagyu bavette, which will be lusciously marbled and extra flavorful.

How to Prepare It

Like hanger, flank, or skirt steaks, bavette is a thin-cut slice of meat that can be tough if not prepared well. It is very common in Latin American and Asian cuisines. And even though some may complain that it’s chewier than its price suggests, it is incredibly flavorful.

The keys to preparing bavette properly are all in the preparation and the cooking. It is a well-marbled steak, so the first step is to trim any excess fat from the cut. Once that’s done, the steak is ready for salting, marinades, or rubs.

The sinewy fibers of bavette mean it’s perfect for pre-seasoning in this way. Those open fibers and even marbling allow for flavors the penetrate the meats. It’s also a great way to up the flavor anty, and it helps tenderize the meat.

Bavette recipes should favor dry, high heat applications. Grilling is absolutely perfect for bavette, which is one reason we love cooking with it. A cast-iron skillet, under the broiler, or even sous vide are also great cooking options.

Like other steaks, a bavette works well with a quick application at very high heat to sear, followed by cooking to the right internal temperature over a lower heat. On the grill, the direct method followed by the indirect is perfect.

The USDA recommended cooking temperature is 140 degrees, but restaurants and home chefs routinely cook to a medium-rare 130 degrees. Remember, it will still cook while resting due to carry-over heat.

After you’ve gotten your desired internal temperature, let it rest for at least ten minutes before slicing and serving.

The shape of the bavette poses a problem for cooking it evenly. It is most often found thicker on one end than the other, meaning the thinner areas will cook faster. This is a plus if you’re cooking for a group, and some folks like their meat well-done while others want medium-rare. If you’re looking for uniformity, you’ll need to monitor it closely during cooking and move the thinner part of the steak out of the pan or to a cooler part of the grill.

The final key to success with bavette is to make sure that it is sliced thinly. Cuts should be made on the bias and against the grain when serving. This ensures that the muscle fibers are kept short, improves the overall texture, and keeps chewiness to an absolute minimum.

Bavette is best-prepared medium-rare to medium, and never cooked much more beyond that. Like flank and skirt steaks, overcooking can lead to a meal with a less-than-appealing texture.

Recipes best cooked with bavette can roughly be divided into three categories – bistro steaks, Latin dishes, and Asian steaks. In short, bavette is excellent on its own with some flavorful sauce or rub.

And remember, any recipe that calls for flank or skirt steak could easily be made with bavette.

Bistro steaks are French preparations, usually including a pan sauce. While you can cook these on the grill, using a heavy cast iron pan will significantly improve your sauce making options! There’s no reason you can’t do both, and cook the steak in the pan on the grill.

Latin dishes can often be cooked very successfully with bavette, especially if there is a heavy application of flavor and heat. Carne asada, fajitas, or any other grilled recipe would be perfect.

Here is our favorite bavette steak recipe. It’s quite easy and fast to make it on a grill and the chimichurri sauce brings nice herbal flavors to complement the steak. 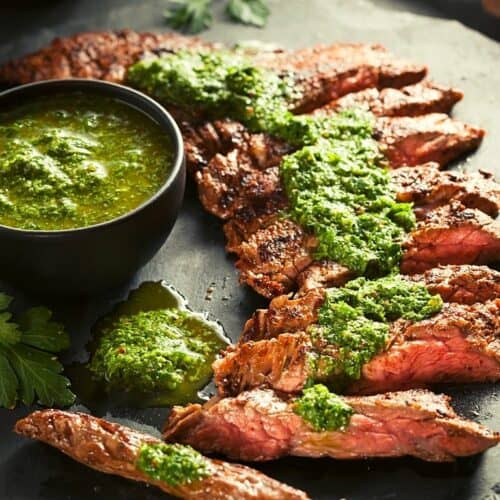 The exact cooking time will depend on the size of the cut you have. Most bavettes are cut relatively thin, but if yours is thicker in the middle, you might need more indirect time. If you have a smaller cut, you may need no indirect cooking time at all.

You mustn’t overcook bavette, so an instant-read thermometer is a must-have item here. If your steak is much thicker in the middle or on one side, consider keeping the thinner parts of the cut farther away from the highest heat on your grill.

This recipe is best when you get a nice crust outside the meat, thanks to the Maillard reaction. Your grill needs to be hot.

A charcoal grill or gas grill with infrared burners or a sear station is recommended. Whatever type of grill you choose to use, get it as hot as possible and try for the best sear you can get without overshooting the internal temperature.

We don’t all have unlimited herb gardens, so feel free to substitute or skip any fresh green herbs. Use what you have that have similar profiles, and if you’re missing something, don’t sweat it. The only requisite herbs are parsley and cilantro. Likewise, any similar hot green pepper could be substituted for the jalapeño, depending on your heat preference.

If you can find it, bavette is a delicious cut of meat that produces unique flavors and textures when cooked correctly.

When you’re looking for something different to throw on the grill this weekend, bavette steak provides just the right mix of tasty options. It’s less expensive than many other cuts, so have some fun learning to cook it just right to master the flavors and textures it has to offer. 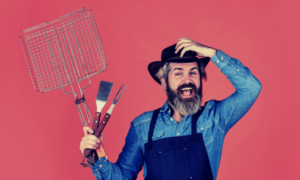 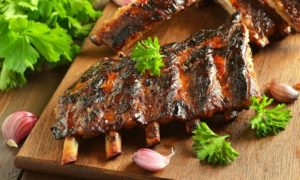 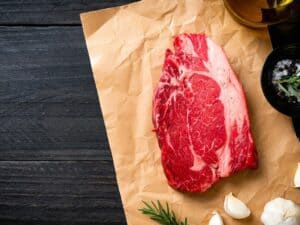 What is Angus Beef & How to Get the Certified Product 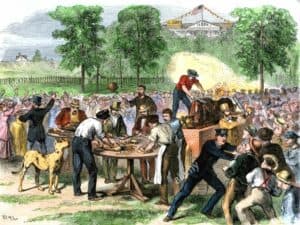 History of Barbecue: In America and Beyond 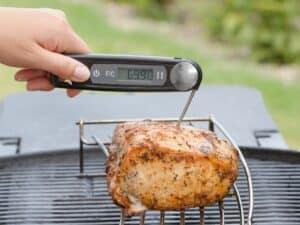 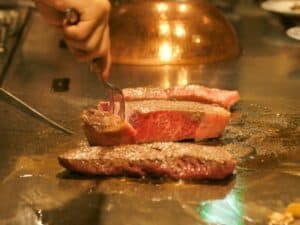 What are Wagyu and Kobe Beef – All You Need to Know